April 21st is the birthday of my childhood best friend, Arlene. She was - effervescent, highly intelligent - a mixture of someone who always did what was right peppered with a huge ability to thoroughly enjoy the moment. If it wasn't for her - I would never have learned to dance the Mashed Potatoes. She was also the daughter of Holocaust survivors. She handed me The Diary of Anne Frank to read one summer - at a time when it was not required reading the schools. We were barely ten. I learned first-hand about a dark period in human history through her. I also learned that there was a world of music outside of my beloved Broadway shows, that Bobby Rydell was cute and that the show American Bandstand was how you learned to dance. 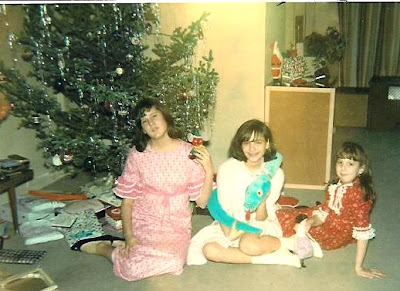 We visited each others' religions. I was with her on Purim, Passover and Hannukah. She spent Christmases and Easters with me. As we aged (13 years old!), I fasted with her on Yom Kippur. Because it seemed to cruel to eat in front of her. When we announced we wanted to visit each others religious services, her mother called my mother on the phone. She told my mother, "Imagine if everyone did this. How wonderful it would be. There would be no more hate."
`
We didn't set out to change the world - we just wanted a deeper understanding of each other. As it happened, this deeper understanding changed my life in ways I did not recognize until adulthood. I did go to her Saturday Children's service at her Synagogue. I was honored by being permitted to bring out the Torah for their reading. She came to mass with me. I was later criticized by a nun for bringing someone who did not kneel at the appropriate place and time. I explained she was Jewish and just visiting. The nun mentioned I was better off hanging out with Catholics. And that's another story. 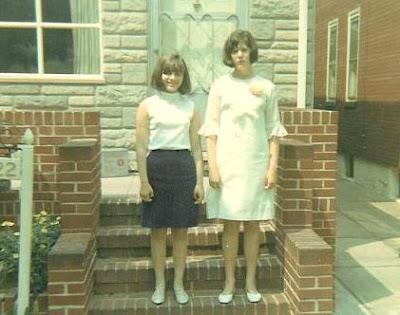 The sweet smiling youngster is Arlene. The gangly, scowling one - is me. I think I didn't want to show off my braces! It was Junior High Graduation. Jamaica High School lay ahead - a mammoth high school of 4,500 students. The time of finding each other in the hallways would be gone. She would soon move to Jamaica Estates. Walks together to and from school would cease. Life gives you forks, detours, and curved roads. When you reach your destination, you expect it to be as it was. And it never can be. 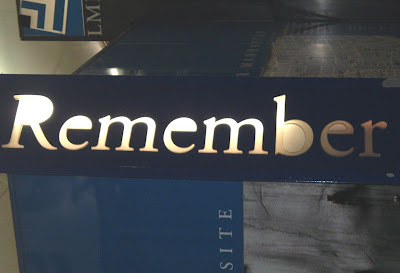 Today I remember - many, many meals shared. Birthdays, holidays, everydays. 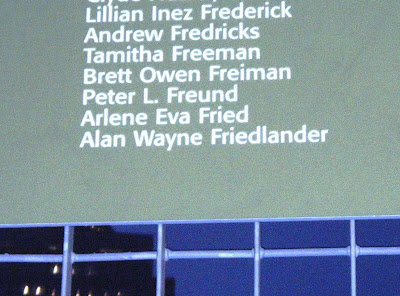 Everyone tragically lost on 9/11 had a story. Loved ones. People they impacted. When I read Diary of Anne Frank, I was devastated by how many broken hearts there were. When I wrote By Candlelight to honor our friendship, I wanted to give the gift of Arlene to the world. Once upon a time, as "the new girl" in 4th Grade, she befriended me. She walked me home. She invited me to her home. She reached out. We did eventually go our separate ways. She married straight after college and I went into my odd little path of theatre.
There are so many stories, so much laughter, so much learning from those early years. Eating in a kosher home - meant no milk with the meat. Oh! Did I love to eat at her house! They had black-raspberry soda with every supper. After helping myself to ice cream at her home, I reached into the silverware drawer and plunged a spoon into the treat. Eyes widened. It was a meat spoon. "That's all right," they said. "we'll bury it in the ground for two weeks to purify it." I learned a lot.
`
Yes - this is a food blog - but a food blog dedicated to how enriching it is to break bread with others. 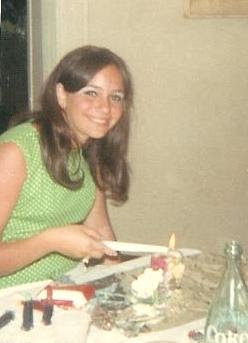 We lost touch. And in planning a trip to NYC, I decided to try and find her. It was March 2002, six months after 9/11. I was too late. I never did get to thank her for what she brought into my life. I always hope she knew.
`
I am grateful for all those meals shared at her home. The gifts of new holidays, new perspectives, new foods and new understandings. This is in sweet remembrance for all she gave me. Happy Birthday, Arlene.

Email ThisBlogThis!Share to TwitterShare to FacebookShare to Pinterest
Labels: 9/11, life

This story just broke my heart. I'm sitting here, in tears, touched by the degree of your shared friendship with Arlene and shaken over that regret of allowing ourselves to lose touch with friends.

Thank you for sharing such a wonderful story.

What a beautiful and touching story. How lucky you were to have known Arlene.

What a wonderful tribute to your friend Arlene...such a sad ending...nice to read of your meaningful friendship.

What a touching story and I am sorry you lost such a great friend.

Thanks for stopping by my blog. I am liking your recipes:)

What a bittersweet story! And a loving tribute. She's with you now in spirit.

This is a wonderful tribute to your friend and a very touching story. Thank you for sharing.

Claudia, this was such a beautiful remembrance and tribute for your friend Arlene. May she rest in peace. So many good people were lost that terrible day

Claudia, Very touching post and a wonderful tribute to your dear friend Arlene.

What a beautiful post. You've brought tears to my eyes. Thank you for taking this time to reflect, to appreciate how much our friends and family bring to our lives. I will remember to do the same.

This post brought tears to my eyes. What a beautiful tribute to your friend, Arlene. How lucky you both are to have known each other. I am so sorry for your loss.

This is such a beautiful, wonderful, touching story and truly a magnificent tribute to a great friend. You are so right, the world would be a better, more tolerant place if we all grew up as you two did!

This is a beautiful tribute to such an equally beautiful friendship. Indeed, if people can only do what you two did embracing each other's faith and accepting each other for who they are, just a person and not letting biases and prejudice get in the way, there won't be so much hatred in this world.

What a beautiful story of friendship. I am sorry to hear the sad ending of it. Thank you for sharing this. It was truly touching.

I started reading this because I went to Jamaica High for one year of school and I was looking for memories.

You certainly shared your precious memories of Arlene. By doing that you have extended her life in the memories of many. I wonder how many reading this might have known her.

You brought Arlene alive to all of us.

This was an amazing story and it brought tears to my eyes. You definitely did Arlene justice by writing this post and it is a wonderful story of friendship. Thank you for sharing it.