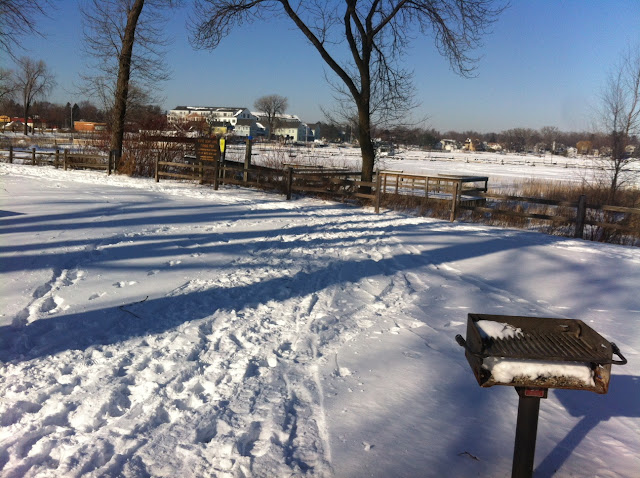 I've been in Minnesota for a long time now. Longer than my many years in New York City. And something has happened - I look forward to January. You may wonder - do I really look forward to temps colder than the arctic? And snow that stays from December through April? Have I lost my mind? Maybe.

I like the slow pace. Darkness comes and I am inside with my writing pencil and my books. I am not conflicted - wondering if I should be outside weeding, flicking Japanese beetles off my plants, exercising outside or replanting when the warmth comes. I have two boards on Pinterest that are seemingly the same: "Gezellig"  (Dutch for that warm cozy feeling that candles and fireplaces and purring cats give you) and "Slow Living" - for those moments that beg you to slow down.

I have a list of 12 "slows" that I read every morning - slow-money, slow-exercise, there's even a "slow journalism" - where you read the effects of a newsworthy article weeks even months later - after the dust settles. There's an English periodical devoted to that. The anti-twitter. I am liking that idea a lot.

And then there's the food. Bye-bye lean meats and 1,000 variations on a wedge salad. Hello pasta and melted cheese. Hello spaghetti pie - Cacio e Pepe Pasta Pie to be exact. I made this Christmas Eve. There were 35 people in my home so I took a slice and hid it for when I would have time to savor it. I'm glad I did. The pie was gone in an instant. 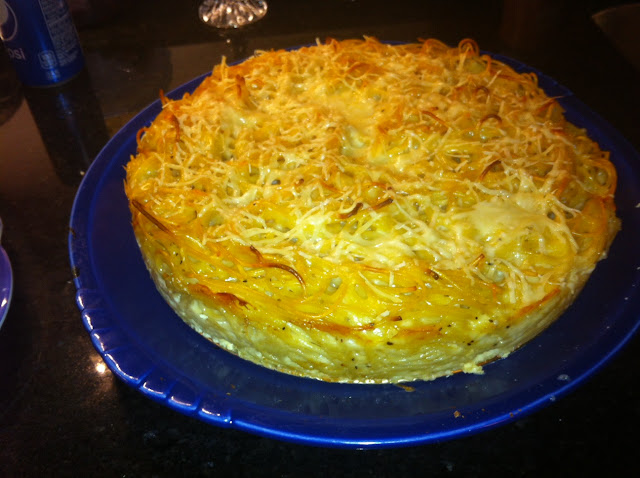 *even though I wrapped aluminum foil around the springform pan and put it on a pan to collect excess milk, the milk came pouring out. I would either use less milk or drain most of the milk that the pasta did not absorb before scraping all into the springform pan.

Bake the pie for 35-40 minutes until the cheese is melted and bubbling.

Turn on the broiler. Broil the pie eight inches from the heat for 2-3 minutes until browned on top.*

*I did not broil the pie. I baked it for 40 minutes and had enough browned, crunchy cheese on top!

Transfer to a rack and let it cool for fifteen minutes. Remove the ring, cut the pie into wedges and serve. 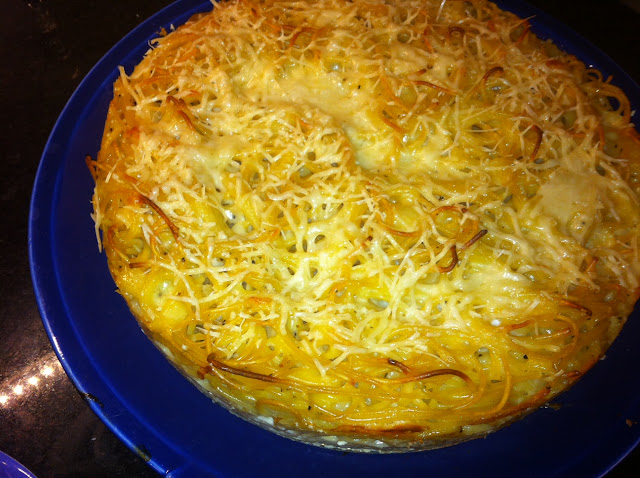 It works as a side but now that it is indeed January - this works for me as a main dish. You can lie to yourself and balance it with a salad and say "See, healthy eating."

I don't make crazy resolutions. I do make "think, Claudia, think" notes. Remember all those years of fearlessly declaring how multi-tasking was the future? I am now thinking, one-thing-at-a-time. There's something to be said for being the tortoise and not the hare.

Pino has the right idea. A box and a little sun. Sometimes that's all you need. And a little spaghetti pie. 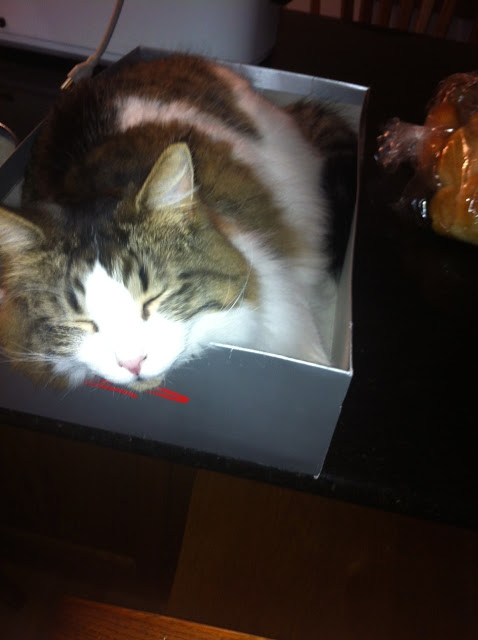