The summer of 2012 began with a loss. And ended with a proposal by the river. 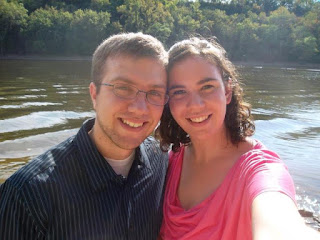 And a ring. An assurance of the circle that is life. 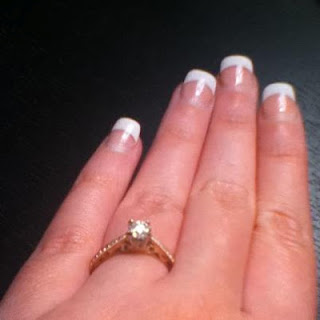 It began with an unexpected journey. And had beautiful detours for guidance. 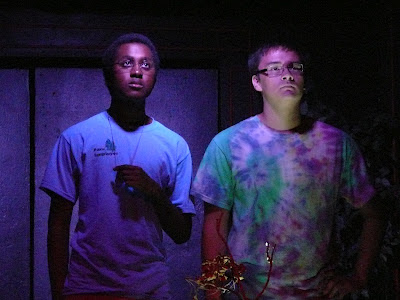 (Under a Midsummer Moon at the Minnesota Fringe Festival.)

"How many are in the cast?" asked the frightened techies as seventeen young performers (ages 11-18) filed in for their three-hour tech. Do they know they only have ten-minutes to set up the stage?"

"Yes, they know." (It sort of was rehearsed to death.) And then we went on to have a smooth tech. (Rare.) The techies smiled. Staff and cast breathed a sigh of relief. The Fringe goes to blackout at exactly 60 minutes. The play ran 58 minutes. I cannot say I sat through the performances with nerves of steel.

As closing neared, I threw a cast party for the cast, crew and families. 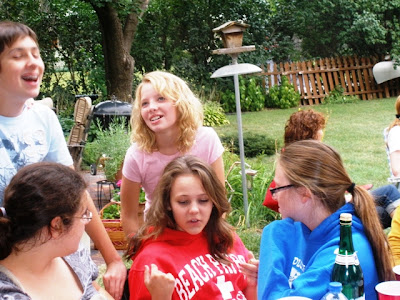 When a show works, there is electricity between the cast. 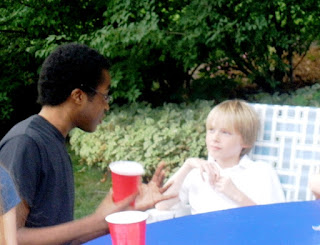 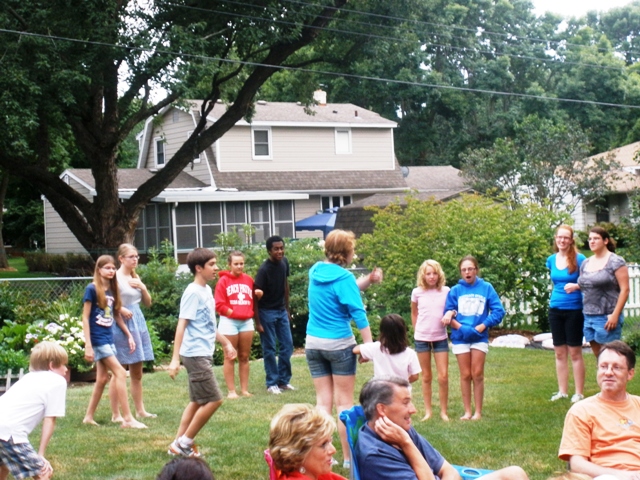 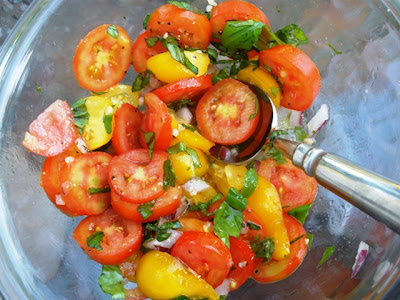 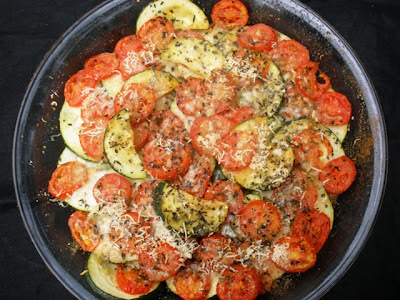 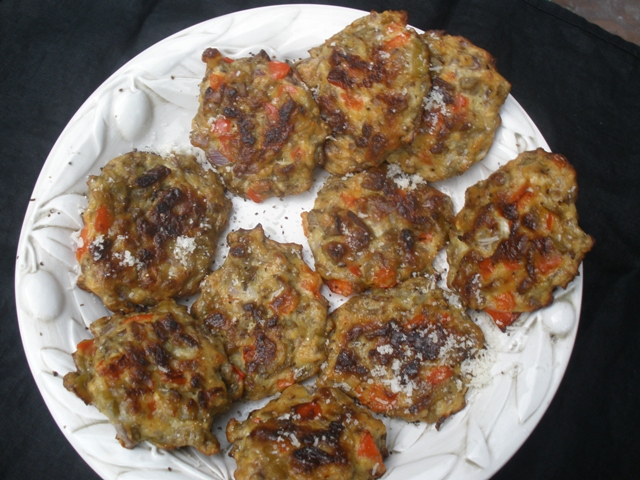 "I don't even like eggplant," declared one teen as he popped a 6th one in his mouth. I made these four times this summer. Find Marie's recipe here. It's not too late to be enchanted by eggplant. 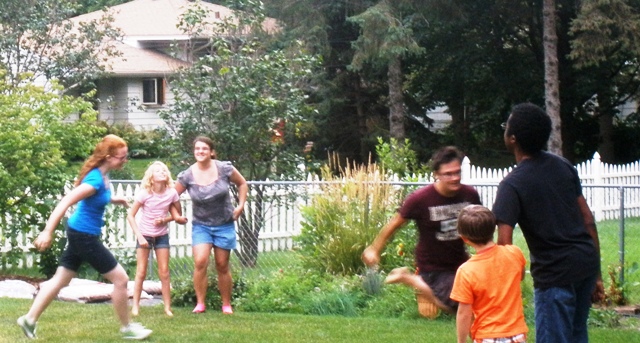 They played link-tag in the backyard. They played till dark. They played till I was worried that they wouldn't see the little squirrel holes that populate our yard. Visions of tripping and spraining ankles before the final performance did run through my mind. And the director's. But I loved seeing them play - I couldn't... wouldn't halt it.

Of course, the director yelled "Group hug" and the eve came to an end. 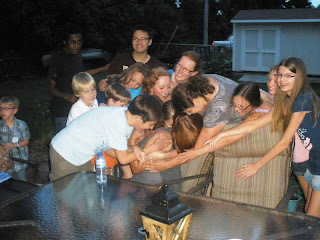 I'm somewhere in there. I'm trying to avoid "chicken soup" for the aging soul here... but you know - it was an honor to work with them and my director and designers. There was spiritual balance this summer because of them. 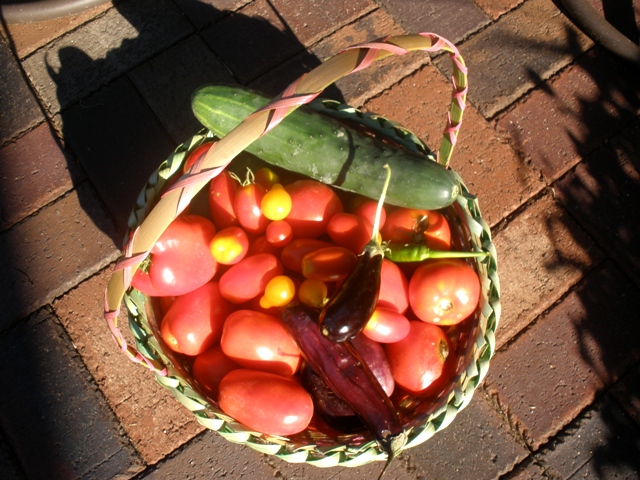 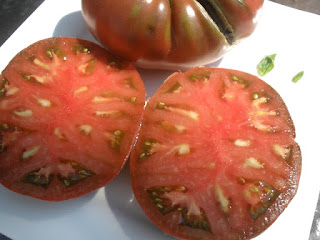 Heirloom tomatoes were consumed. We barely did anything with them but pick them, slice them and pop them in our mouths. You almost got a sugar rush from their natural sweetness. I think I may have salted them... once. 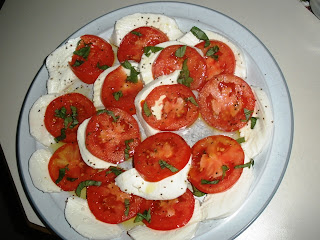 And once-in-awhile, I was inspired to cook them and throw them on pasta. It's not an overly pretty picture - but you know "all that glitters does not always taste good."  Mister Meatball's 7-minute tomato sauce can be found here.  With better photos. 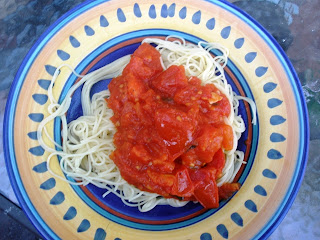 And in August I splurged on halibut. Halibut (3/4 pound) with parsley-butter sauce. Cooked in a skillet - 1/2 stick of Earth Balance butter (I told you I was aging), 1/2 lemon, a little white wine - for probably no reason but it was there and I'm a sucker for leftover wine - and a handful of chopped fresh Italian parsley. Didn't bother with salt and pepper. Didn't even add garlic! Simmered slowly till all flavors joined together - maybe to play link tag. Simmered until the halibut flaked on the top and the greens promised a lingering summer. 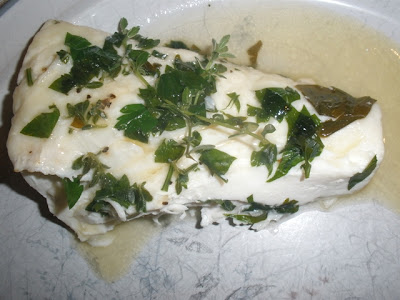 It's September. It's warm. But I look forward to woolen scarves, soups, plaids, flowering Kale and fall color. Boots (not snow boots!), cozy sweatshirts, autumn bonfires. Looking forward. It's the most heartening part of the circle.