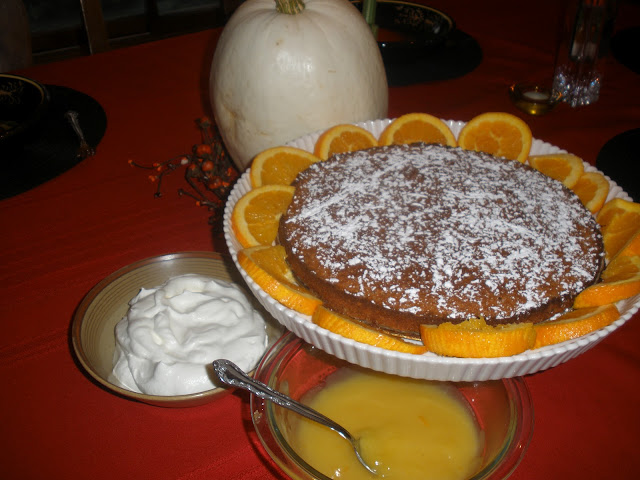 It began with a simple orange-almond tart. 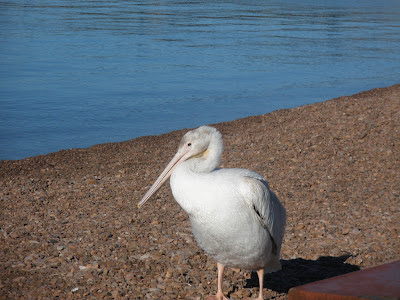 And ends with a pelican.


Or I have it backwards and I start with the pelican. 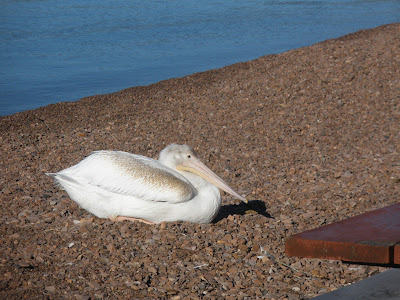 And end with the tart. 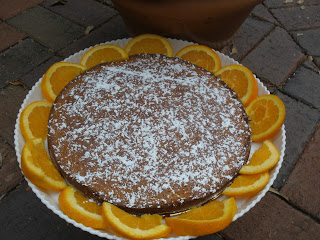 In-between there is an estate sale, bins of memories boxed-up for a later date. There was the sunrise on Lake Superior in Grand Marais. 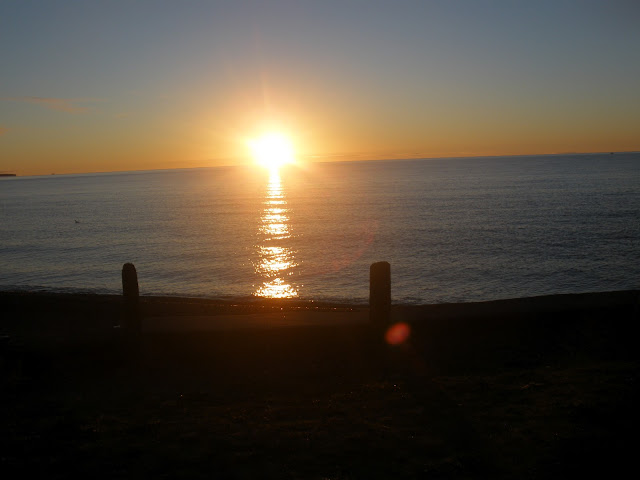 The view of the lake from the Gunflint Trail. 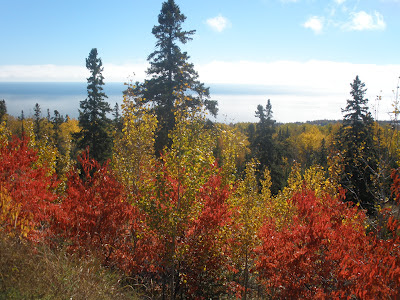 A peek at Canada. 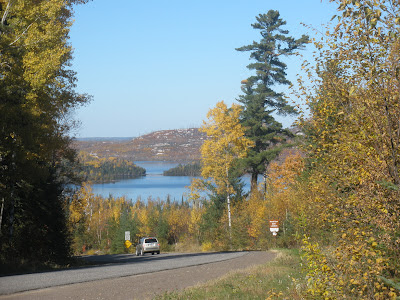 And at Trail's End - the Boundary Waters. (Complete with a cafe filled with White Sox memorabilia - clearly designed to insult Minnesotans who love their North Shore - the "Norwegian Riviera.") 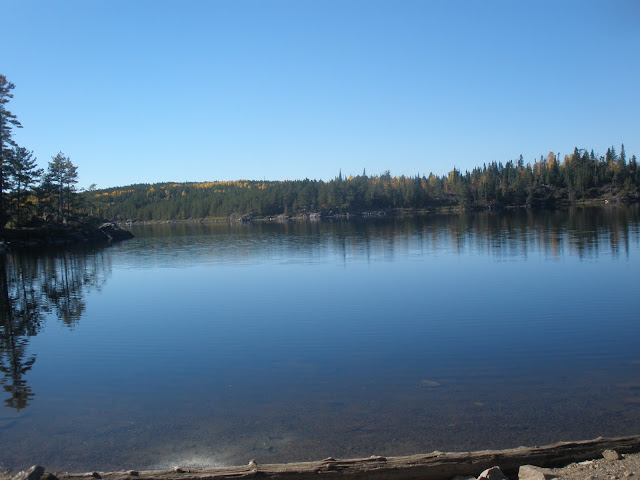 An estate sale - it's wearing your heart.

And so later we went to a big lake. And I left armed with 20 years of magazines that I was getting rid of - after I went through all the recipes and cut out what I wanted. I started out with saving almost every recipe. And then I whittled. After hours of whittling, I was left with this orange-almond tart. Served with an orange sauce or Marsala whipped cream. I thought it was a good idea. 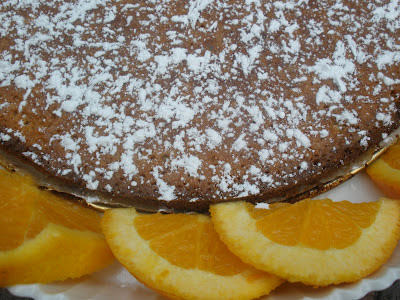 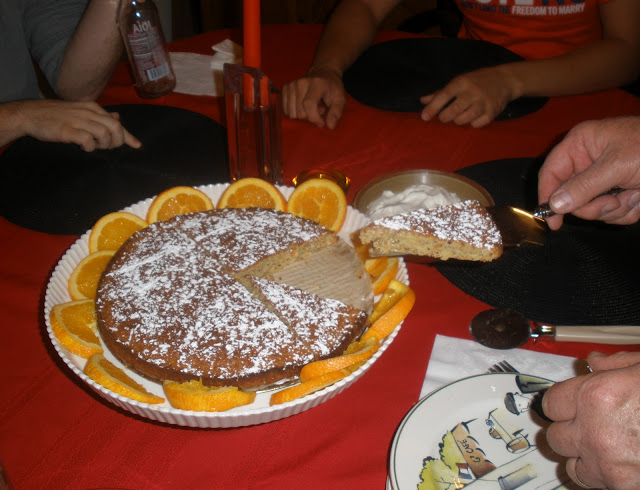 Delicate - almonds and oranges complementing and complimenting each other. More a gateau than the Sicilian Orange Tart I wrote about earlier. A nutty texture - the creaminess is not from within as with the Orange Tart but comes from the sauces it's served with - and it's worth making the sauces. Everyone had both - together - on top of one another. And they're easy. Easy as ... pie. tart. The boys had thirds. The daughter had it again for breakfast (nuts=protein, orange=fruit). 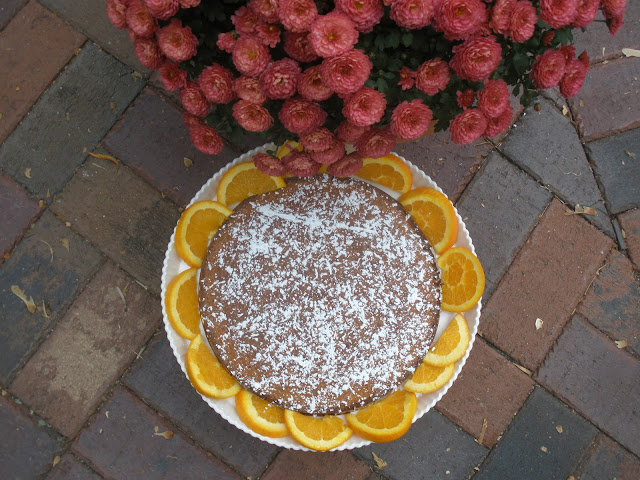 This is a transitional tart. Not too heavy and rich as those that bewitch you in the winter. But not as berry-light as summer gives. Just sweet enough. Just crunchy enough. Just fruity enough to see you through autumn. And just celebratory enough to add to to your Thanksgiving table.

Orange Almond Torte with Orange Sauce and Marsala Whipped Cream
- from Bon Appetit, February 1995
1/2 cup (1 stick) unsalted butter - room temperature
3/4 cup sugar
1 large egg
2 large egg yolks (save the egg whites - you'll need them)
1 cup almonds, toasted, finely ground (I like mine ground - but not to a powder - I like the nuts and crunch)
2 tablespoons orange juice
1 tablespoon orange peel
1/2 teaspoon coriander (did not get a whiff of that at all in the torte)
Pinch of salt
2 large egg whites 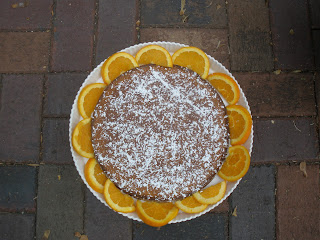 Bake cake until golden (it will not be rising) and tester inserted in the middle comes out clean - about 40 minutes. Cool cake in pan on rack. If desired, sprinkle with additional powdered sugar when cooled. (Can be made 1 day ahead. Cover and let stand at room temperature.)

Orange Sauce:
Whisk juice and cornstarch in bowl until cornstarch dissolves. Melt butter in heavy small saucepan over medium-high heat. Whisk in sugar, orange peel and orange juice mixture. Whisk until sauce boils and thickens slightly - about 4 minutes. Remove from heat and cool. (Can be made 2 days ahead. Cover and chill. Bring to room temperature before serving.)

After the estate sale. my sister and I each took one of my mother's beloved penguins.  I brought home a pelican from my mother's townhome. She loved those big, floppy birds and kept two by the fireplace. I put it on my hearth (The Pelican on the Hearth!) and packed for Grand Marais. Friday was spent travelling and going through recipes in the car. Saturday morning, I got up with the sun and Paul and I walked the North Shore of Lake Superior. 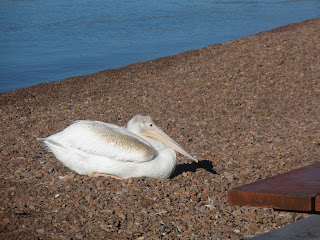 Where we were welcomed by a pelican.

P.S. I have turned on Word Verification for a few days to try and combat the huge growth of Spam I deal with daily.