What can you do in ten minutes?

A lot actually. I am in the midst of Lakeshore Players Fifth Annual Ten-Minute Play Festival.
"A ten-minute play is a streak of theatrical lightning. It doesn’t last long, but its power can stand your hair on end."— Eric Lane, author of Take Ten
`
I am directing Take Two - a romantic comedy. Other plays have God interviewing a candidate for Heaven, three men watching their daughters basketball game - and one of the fathers - well - you know him if you've been to a game and he drives you crazy. And you just wish he'd shut-up. Then, there's a new take on a show-down in the wild west. Only the weapons are strip malls, gated communities and dare I say it - Walmart? And a grand new view on "take your child to work day." Even if the work is robbing candy stores. 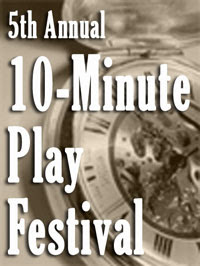 For six weeks, ten directors rehearsed their plays apart from one another. We came together for technical rehearsal and dress rehearsal and acted as each others audience for a few nights. And last night - we opened. To a full house. To a successful full house. (Whew) This week is a grand celebration of the playwrights. Ten playwrights, ten directors and 20-35 actors all in different shows - turn into a festival for a weekend. I adore this weekend. I love the respectful way the theatre treats the playwrights, love seeing the fine work of other directors and always am gratified to see new actors' work and the return of friends to the stage. And did I mention - I started this festival? Six years ago, I pitched an idea to the Board of Directors at Lakeshore Players. One year later, by the seat of our pants - we opened. And were wonderfully successful. In subsequent years, the festival has grown, it has become more organized and all the people I began with - are still there helping out. And the wonderful lady who helped in the early days has now taken it over and it runs better than ever.
`
Soooooo, what does this have to do with food? Well, quite a lot. Because a ten-minute play only takes ten-minutes on stage. Off stage, I have been running to the theatre, meeting with my cast, pitching in to help with the festival and err... not cooking.
`
Having posted the wonderful Barefoot Contessa's brownies on Facebook, I dug myself into a hole. A lot of artists in the festival are my friends on Facebook. And they asked for the brownies. 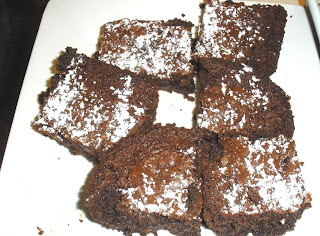 So I complied. Again. Twice in one week. The recipe is here. And if you use artisan chocolate as I do the price mounts.
`
I then thought of those who do not want a huge chocolate rush. And devised Caprese appetizers. And they all went. A small fresh mozzarella ball threaded with a grape tomqto, basil and some Italian dressing. 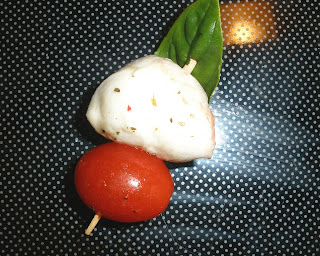 They went faster than the brownies.
`
And then the ten minute. I boiled some bratwursts so my husband could quickly grill them (in ten minutes) when home. 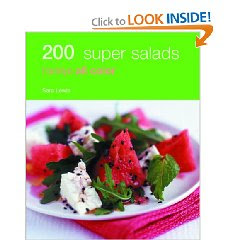 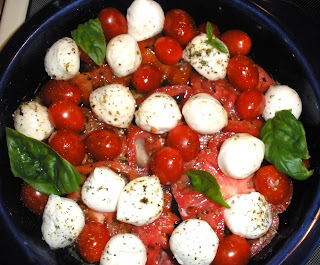 And in another ten-minutes, steam or saute some broccoli with baby leeks or scallions. Add some hard-boiled egg. Mix 3 T olive oil, 1T balsamic, 1T honey and 1T capers,pour over the salad and voila: 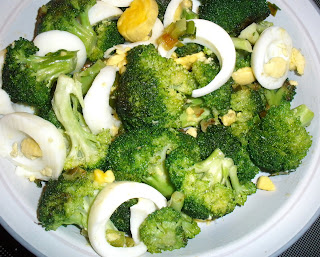 Ten-minutes. Plays. Salads. Dinner. Art. It's also possible and it's all so wonderful.

Everything looks wonderful. Great JOB pulling everything together. My hat is off for you!

Who need RR? Ten minutes is better than 30! Love that hard boiled egg with the broccoli.

The festival sounds like a lot of fun. And those 10 minute salads look great, especially considering how quick they are!

I love all these ten minute dishes, these are gonna come in very handy! Thanks!

Caprese-anything is just divine...I could eat a whole (huge) bowl of that salad!! You are definitely the woman...NoT working for the man, LOL!!

wow, you sure are efficient, aren't you?
and brownies again? why? brownies are...well, boring!
but those salads are NOT! SO brilliant!

Oh Sophia - I never repeat recipes in the span of a few weeks - but the actors and stage manager asked for the brownies, so what's a director/playwright to do?

Busy, busy, girl, everything looks delicious! And I love the whole ten-minute play idea. What a treat to see ten of them!

Every moment counts, Claudia. You certainly make creative use of your time! And you have to please your audience by abiding by their requests - pass the brownies, please. ;)

Ten minutes? Sounds that you had a lot of fun...and I love the idea that you can make tasty dishes in 10 minutes. Very nice.

10 minute meals! I love it! The caprese appetizers are definitely a winner!