Queen of Odds and Ends 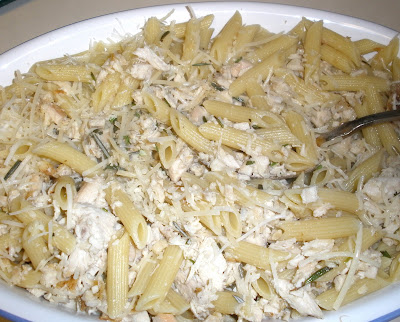 I work in theatre. (Read: no money.) Worse than that, I work in youth theatre. (Read: no money.) And to make matters worse, I specialize in "theatre for young performers" and not "theatre for young audiences." (Read: even less money.) Yet, I brought my kids up with Bon Appetit magazine. On a budget, I managed 1-3 Bon Appetit meals per week. (And the eves I worked, I will admit to leaving them with Hamburger Helper to dish up - I know - you needn't tell me.) It did balance the budget. Over the years, some Bon Appetit dishes became staples:


- Spicy grilled shrimp with lime
- Tuscan steak
- and so many more


My copies of the "Best of Paris," "The Best of Italy,' "The Best of the Mediterranean" etc. are dog-eared and well-used. I could justify my splurge on a dinner by noting that it is a lot cheaper than travelling abroad for some of these meals. And to save even more money (in the olden days), I became the "Queen of Chicken." It worked nicely with my other title as "Queen of No Money."


One day when "life" did its funny detours and the planned dinner was not going to happen, I par-boiled some chicken, boiled some pasta, threw in some peas and then mixed it all together with a bit of butter and olive oil and then smothered it with Parmesan cheese. It was a hit. It became one of my children's favorite meals - enough so that it would be requested as their birthday dinner! So it was no surprise that when I had the April 2009 Tastes of Italia open to their recipe of Penne with Chicken and Rosemary, my daughter changed dinner plans to eat at home. And their recipe is even easier than mine. You don't need to cook the chicken! Just bring home a rotisserie one. However, if you do cook your own chicken, rest assured no one will report you.
YOU NEED FOR 4 SERVINGS:
1/2 pound penne pasta, cooked according to package directions (why do we always say that - will we throw it in raw?) I always cook the full pound of pasta as is my custom - but I didn't need it.
2 cups cooked rotisserie chicken, chopped (It usually comes cooked - has anyone found it uncooked - like the "take and bake" breads?)
3 T olive oil
4 T chopped, fresh rosemary (I used more)
1 garlic clove - minced (yeah, I used more)
3/4 cup freshly shredded Parmesan cheese (Okay. You know. I used more)
salt and ground pepper to taste.
Cook pasta. In a large skillet, heat olive oil and combine chicken, rosemary and garlic. Cook on medium for 5-6 minutes. When pasta is done, reserve 1/4 cup of pasta water and add to chicken. Add pasta, cheese, salt and pepper. Toss quickly to mix and serve. It's that easy and so very good. You will be treated as a Queen. Until it's time to do the dishes. And for fun - something that I came across at Noble Pig, I discovered Cream Puffs in Venice Magazine Mondays. For someone who has religiously cooked from magazines for decades, I think I will join them and submit today's meal.

yum! those all sound delicious! i love BA, although i'm impressed you did a couple a week! i don't get paid much either - but i love my job. i think it's more important to love your job, and i'm sure the kids you work with will have really find memories of you.

I did theatre when I was younger, I really enjoyed it - it may not pay well, but it's a very worthy cause! :)

This pasta sounds really good - simple and delicious. Sometimes the simplest dishes are the best.

I do love hearing that there are other underpaid people who enjoy their work! And I am hooked - on the kids and the theatre.

Thanks for stopping by my blog the other day. I will be back here - as my husband grew up in NJ, surrounded by Italian food!

The pasta looks so yummy.

Btw, as long as you enjoy what you are doing, don't worry about the money... because happiness can not be bought :)

I know I have the best of all possible worlds - wake up and look forward to my work and we have enough to put lovely food on the table. Never was into yachts.

What a delicious dish you have here. Pasta is always been my family staple.
Cheers,
elra

Tasty yet inexpensive meals are the best treats! All of these sound so wonderful. Yummmmy!

The pasta looks great! I think it's wonderful that you are doing what you enjoy!

It sounds like your children have some great memories to go along with those great meals.

Don't blame your daughter a bit--I'd have stayed put, too. It looks delicious!

I shall Forward your comments to my children to ensure they have good memories! (But since my son has turned into a foodie and my daughter will call him at odd times to ask "what's for dinner?" -I think they do.

This looks wonderful! I have a soft spot for theater and especially children's theater. You have a very meaningful profession even if it doesn't pay much!

Hi Claudia, I've been enjoying reading your posts over a cup of coffee. Sounds like you have a great career and great kids!

I think our lives are so enhanced with breaking bread together.

That pasta looks fabulous! I'm impressed at how often you cooked from Bon Appetit. I wish I could tackle my magazine pile as well as you do!

Thank you for stopping by my colombian recipes.My husband's family is Italian, I love Italian Food and culture!