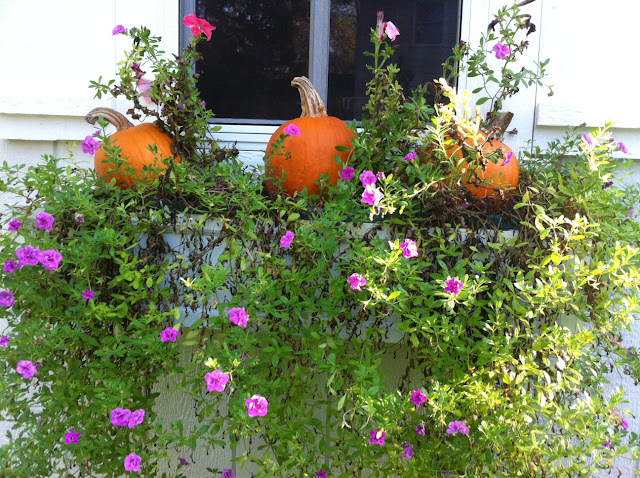 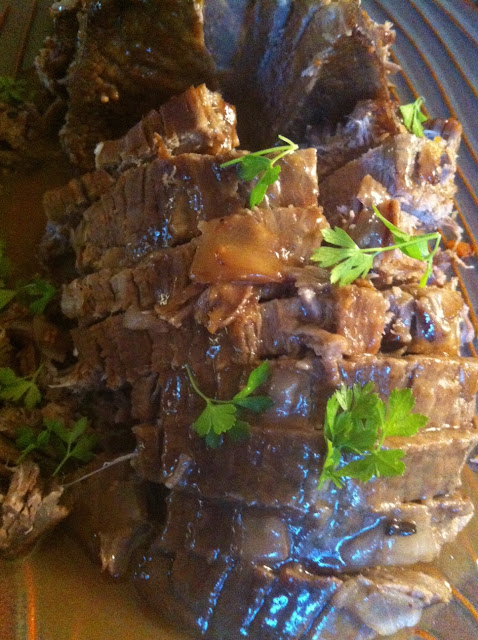 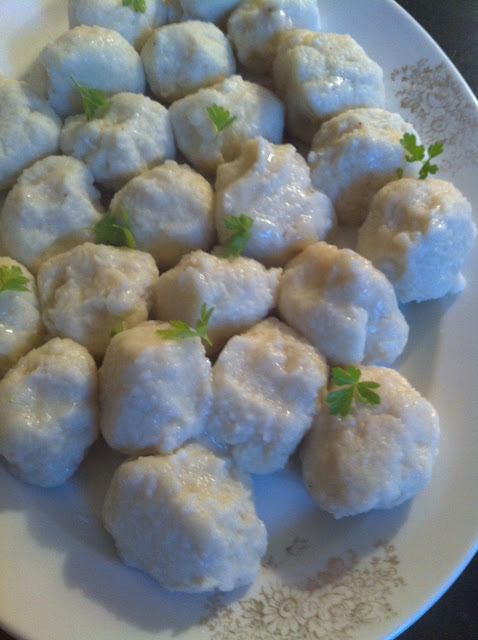 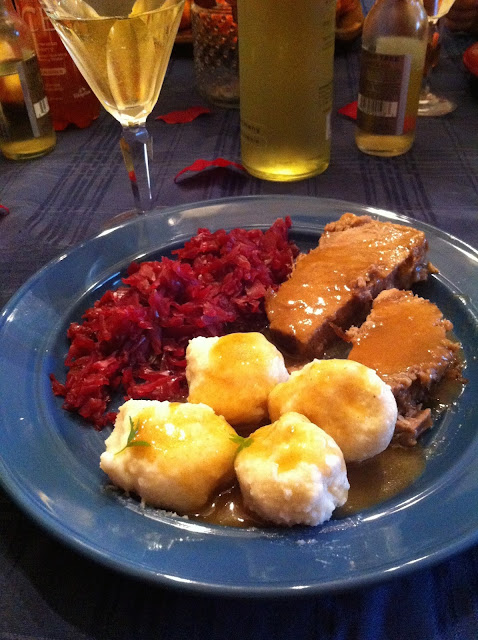 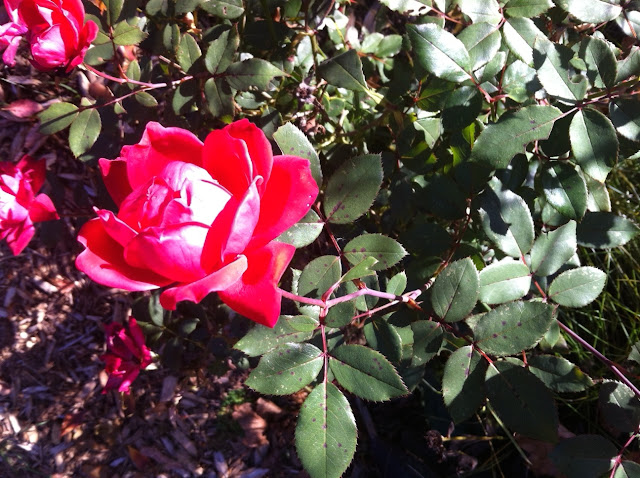 I am really impressed. Your sauerbraten looks super succulent and tender. I must try that marinade one day and love the idea of using gingersnap to thicken the sauce.

I haven't made sauerbraten in forever. By coincidence, I've been thinking a lot about it lately. Probably won't get around it to soon, but definitely something I want to make again. This winter for sure. And I need to try your dumplings! I usually make my dumplings from flour only -- love the looks of yours. Really nice post -- thanks so much.

How fun to revive a treasured tradition. I haven't made sauerbrauten in years, but you've inspired me Claudia. It's wonderful that you have your mother's roaster and potato masher too. I must give this a try and I just happen to have some juniper berries myself.
Sam

What a lovely post, Claudia. Food memories can be so powerful and poignant, and sometimes they take you back immediately to memories of a special time or person. I'm glad you were ready to try this recipe again. Sounds like a special one for your whole family.

These are the best of things.

True comfort food! And I love the story about lugging a whole New Years Eve dinner across town on the subway...

Wow, I can just imagine how flavorful and tender that roast must be after such a long marinade and cooking time. I want to make this, but I will skip the dumplings and make the red cabbage, a vegetable I love but is so underappreciated.

This is a wonderful food tradition to resurrect, Claudia! Such good memories of your father, aunts, and great grandmother.
I like scatterbrain--I'm sure my Ukrainian grandmother must have made it, but my mother never did. I had it when I attended nursing school and the city hospital I attended, and later worked for, made an effort to offer a rotation of different ethnic cuisines in the cafeteria. I could never turn down dumplings or red cabbage---they make the meal!

lovely post, love how loving your family is and enjoy food memories

Your food and stories are so appealing! Like several of the other commenters, I used to make sauerbraten from a recipe sort of like this (at least it used gingersnaps). And it was very good, but I haven't gone back to it for ages. My mother didn't make it, but my father liked it in a particular German restaurant where we went a few times.