The August Cover Girl dinner was a wee bit late. We were in Ireland! Although back stateside, little pieces of my spirit stayed in Ireland to ensure I would return. Below is a peek at Galway - in the west of Ireland. 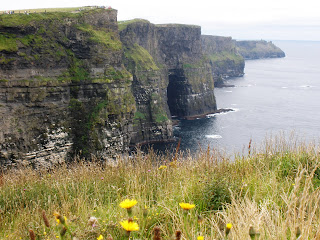 "And walk among long dappled grass, and pluck till time and times are done
The silver apples of the moon, the golden apples of the sun" - Yeats

Ireland: Land of faeries, romance, leprechauns, Yeats, Joyce, Guinness and Italian food! I had been told prior to going to Ireland that if I was looking for Shepherd's Pie and Irish stew, I had best stick to the little towns. We started off in Galway and indeed found as many Italian restaurants as could be found in Little Italy in New York City. 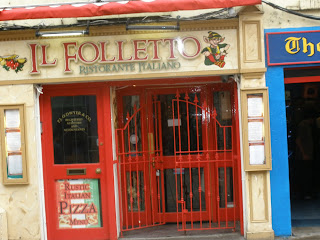 McCambridges on Quay Street provided us with some grand wake-me-up caffeine complete with a small doughnut housing some wickedly, dense dark, velvety chocolate. 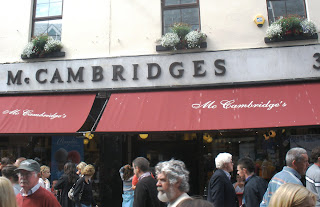 McCambidges also housed the largest vats of pesto I had ever seen. I wondered if there were fields of basil about. 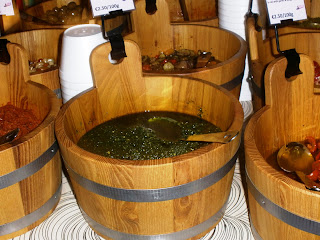 We did have some fresh and filling fish and chips at Rodeo on Quay Street. 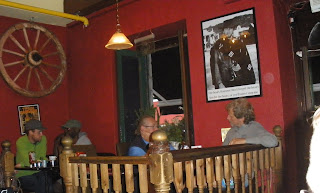 And remained amused that we had been travelling for over over twenty-four hours only to wind up in an American-western themed bar! With French servers! 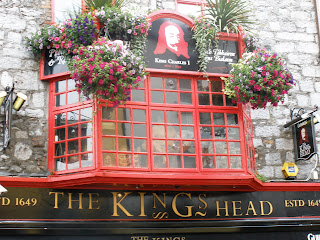 After a wee bit of rest, we found our bearings and embraced the true Irish pubs of Galway. Each one has a story - many dating back to medieval times. The King's Head on High Street is so named because (much to the misery of the locals) it was taken over by a group of Englishman after the Siege of Galway ended in 1652. One of the officers, Colonel Peter Stubbers boasted there that "he knew the strength of Charles Stuart's neck" implying the he was the executioner of King Charles. He should have remained quiet! When the monarchy was restored he was blackmailed by his listener - a Mr. Deane who used the capital to buy an estate in Balroebuck, Tuam. Is the story true? The Deane's did have an estate in Balroebuck and the Stubbers continued to own the pub until 1912. You decide. 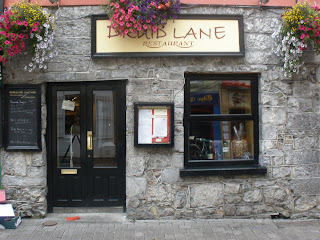 And who cannot be charmed by the Druid Lane Restaurant? Housed in a medieval building (1663), the restaurant offers a diverse menu and wine bar. It was the perfect stop after walking the Claddagh and Galway Beach. 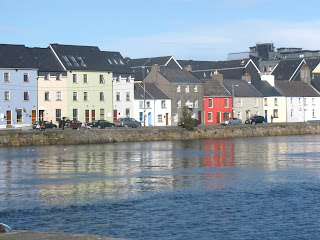 "Although I can see him still, The freckled man who goes to a grey place on the hill. In grey Connemara clothes, At dawn to catch his flies." Yeats, 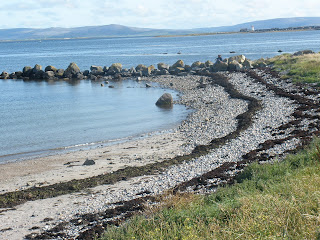 "Although I can see him still, The freckled man who goes to a grey place on the hill. In grey Connemara clothes, At dawn to catch his flies." Yeats.
After a day of touring the Burren and the Cliffs of Moher (absolutely do go there, it is quintessential Ireland - magical, enchanting, breathtaking and mysterious), we finally found our traditional Irish meal - at The Western Hotel. 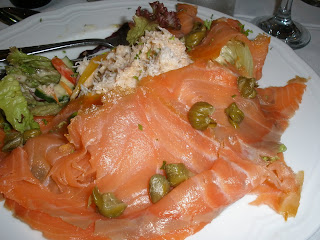 Smoked Salmon mounded around crab salad. James Joyce's favorite Irish meal. Fresh from the Atlantic, delicately prepared with some capers and roasted vegetables, the Irish have elevated salmon into an art.

It was with great sadness that we packed our bags for Dublin. We said good-bye to Eyre Square, where devoured sandwiches, ice creams and waters, 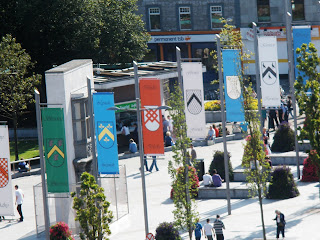 And made our way to east where we would be Dubliners for a few days.

That big tub of pesto is AMAZING! I kind of want to jump in it.

Oh my! You are making me yearn for a place I have never been...