Happily ever after with Chicken al Mattone

Once upon a time there was a middle-aged woman who made New Year's resolutions. She resolved to lose weight. Sometimes it happened and sometimes it didn't. She resolved to eat one piece of fruit a day. Often times it happened but sometimes it didn't. She then resolved to cook Bon Appetit's cover recipe each month. So far - it's happened! She had grand family dinners. Dinners with friends. Her table held guests. And then - she realized it was September 29th and she hadn't figured on a date for the meal. Oh sure, she had the ingredients. Oh! Yes, she had the ingredients - so she made the meal, mid-week for just her and her husband. It came out a wee bit darker than September Bon Appetit's cover, but it was delectable. 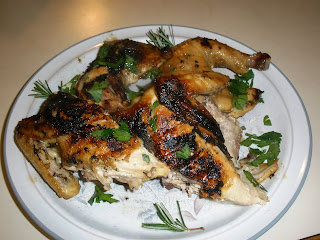 It was Chicken al Mattone from Sfoglia Restaurant in New York. Translated as "chicken under a brick," the cooking of it preserved flavor, moistness and the marinade survived the cooking process. It's a simple chicken recipe: you shmear the chicken with lemon, garlic, olive oil and rosemary and marinate it for a day. Find the recipe here. 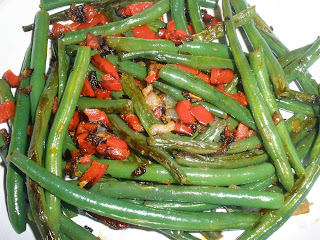 I paired it with some brown rice to soak up juices and some string beans and red peppers which are still to be found locally at our Farmer's Markets. I sauteed them in a little olive oil and that was that. 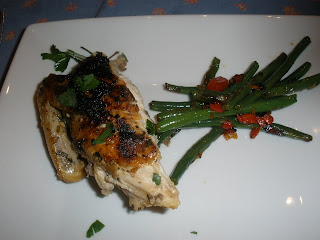 It was simple fare - as a midweek dinner should be. But there was enough elegance to the meal to elevate a Wednesday night into a sweet celebration. 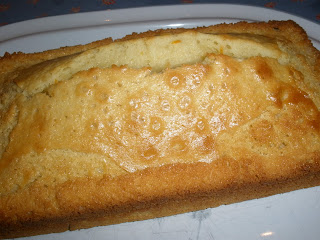 Dessert was an olive oil cake - also from Bon Appetit. The recipe is here. This reminded me of my youth - where you would have a moist cake occasionally - nothing gooey - and nothing overly sweet. A complement to coffee or tea. A biscotti - but in dense, cake-like form. Touched with citrus. Sweet enough for a sweet tooth but not one iota more. There's a crisp outside daring you to bite. And when you do, it reveals that it is a softie at heart. A sunny softie. 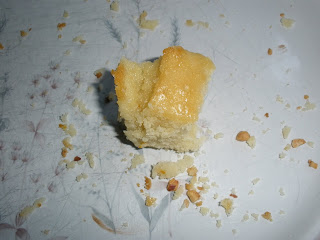 It didn't make it till the next morning. And so far, this middle-aged woman is living happily ever after.

I am so impressed! I think cooking the cover of the Bon Appetit magazine is such a cool idea.

Your dish this month looks wonderful. I am sure hubby was quite happy! Lov


We bumped into your blog and we really liked it - great recipes YUM YUM.
We would like to add it to the Petitchef.com.

We would be delighted if you could add your blog to Petitchef so that our users can, as us,
enjoy your recipes.

Petitchef is a french based Cooking recipes Portal. Several hundred Blogs are already members
and benefit from their exposure on Petitchef.com.

To add your site to the Petitchef family you can use http://en.petitchef.com/?obj=front&action=site_ajout_form or just go to Petitchef.com and click on "Add your site"

I've been wanting to make an olive oil cake (trying to reduce butter and shortening in my diet, grins), so cake is a timely reminder and inspiration. Looks good!